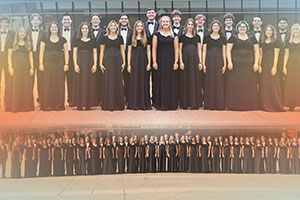 Cal Poly's PolyPhonics and Chamber Choir will to present a concert featuring two major works from both old and new traditions. PolyPhonics will perform Mozart’s famous “Requiem” with an orchestra from 1791, and the Chamber Choir Herbert Howells' “Requiem,” which was composed in the 1930s. Cal Poly Art and Design students will have their works displayed in the collaborative, multimedia presentation. 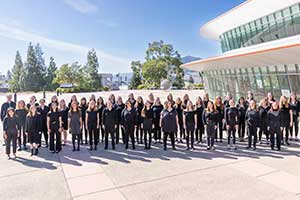 Cal Poly's Cantabile and University Singers will join forces to perform a variety of modern works. Later in the month Cantabile will give a concert in the Lincoln Center for the Performing Arts in New York City, and will give a preview of its performance as well as perform two world premiere pieces by Jocelyn Hagen and Cal Poly Professor Meredith Brammeier. 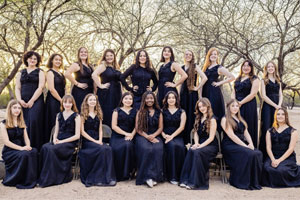 Cal Poly Choirs' Spring Concert: 'In Her Words' with the Bel Canto Chorus

The Cal Poly Choirs will host the Bel Canto Chorus, a very special guest ensemble from Nairobi, Kenya, for its season finale! The concert will focus on the words of female poets.