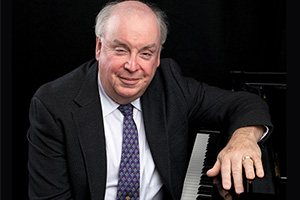 Pianist and Cal Poly Music Professor Emeritus W. Terrence Spiller will give a recital at 7:30 p.m. Friday, Jan. 13, in the Spanos Theatre on campus.

Spiller will perform works by Wolfgang Amadeus Mozart, Sergei Prokofiev and Maurice Ravel for the first half of the program, and various works by Frédéric Chopin for the second half.

The program will open with Mozart’s dramatic Sonata in A Minor, K. 310, and Ravel’s glittering “Jeux d’eau.” Both works were composed in Paris more than 100 years apart. Prokofiev’s “Visions fugitives,” Op. 22, and “Suggestion diabolique” will follow, which were written by the composer during his early years in St. Petersburg.

Spiller teaches applied piano at Cal Poly, though he retired from full-time teaching in 2021. 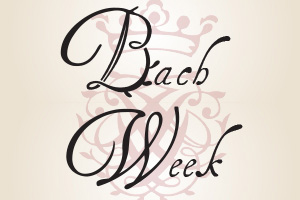 'The Art of the Fugue' Lecture-Recital

Bach’s mastery of counterpoint in general, and the fugue in particular, has served as an inspiration for generations of composers. Composer Meredith Brammeier, Bach Week Co-Director David Arrivée, university Organist Paul Woodring and special guests will present an exploration of the fugue with an interactive dive into the inner workings of this complex compositional technique. Selections from Bach’s “The Art of Fugue” will be performed by Woodring on harpsichord and a string quartet led by Cal Poly violin instructor Emily Lanzone. This work, left incomplete at the time of Bach’s death, is the culmination of the composer’s lifelong pursuit and a compendium of counterpoint.

A concert titled “Bach Reconstructed/Deconstructed” will be presented by the world-class, period instrument ensemble Tesserae Baroque, and renowned guest vocalists Rebecca Myers, soprano, and Michael Jones, tenor. Works by Bach will be performed that have only survived in “secondary” versions since the originals have been lost. These include a trio sonata for recorder and violin, based on Bach’s A-Major Flute Sonata; Organ Sonata No 5, performed as instrumental trio; and extracts from reconstructed cantatas.

*Discount Bundle Available: $30 general, $15 students if you purchase both the Jan. 20 and Jan. 21 concerts

Two Bach Week finale concerts will be performed! Members of Cal Poly’s Chamber Choir, Symphony and faculty will join with guest artists to perform a variety of works based on German chorale tunes and texts. The first half will include a series of motets. The Chamber Choir will begin with a short chorale motet by Heinrich Schütz, who influenced Bach. Then the vocalists will join the choir to perform Bach’s celebrated motet “Komm, Jesu Komm,” followed by two motets by Johannes Brahms, created in the style of Bach. The orchestra will perform Bach’s Orchestral Suite No. 2 in B Minor under the leadership of Tesserae Baroque. The second half will feature one of Bach’s greatest chorale cantatas: “Jesu, der du meine Seele,” BWV 78.

Bach Week Co-Director Scott Glysson will give a pre-concert lecture at 6 p.m. prior to the 7:30 p.m. performance, and is included in the ticket price.

*Discount Bundle Available: $30 general, $15 students if you purchase both the Jan. 20 and Jan. 21 concerts 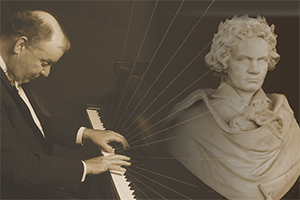 Pianist and Cal Poly Professor Emeritus W. Terrence Spiller will give an all-Beethoven recital. It is the seventh in Spiller’s complete survey of the composer's piano sonatas.

Spiller retired from full-time teaching in March 2021, but he will continue to teach applied piano in the Music Department.