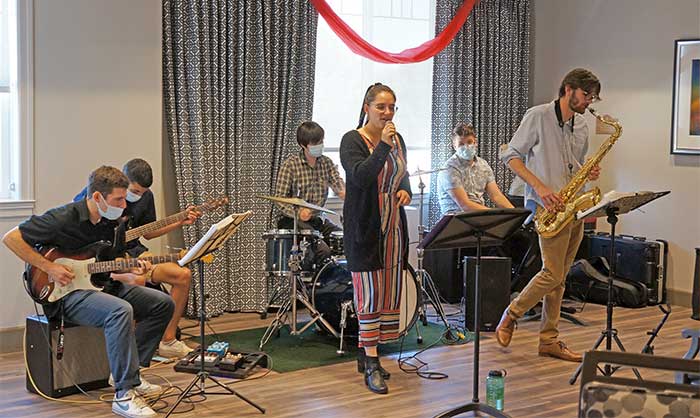 Thanks to a generous donation from John H. Walker and Phyllis H. Markwith, Cal Poly jazz program students have again been bringing fun and dance-inspiring music to senior community members in San Luis Obispo. The group is comprised of students from a variety of majors fulfilling their passion for music.

Grant Smith Makes Organ News from Oregon and Beyond 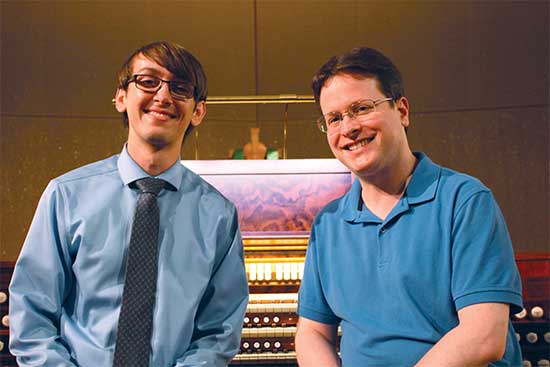 Grant Smith, a double major in music and civil engineering, participated in the Oregon Bach Festival’s Organ Institute directed by Juilliard professor Paul Jacobs in July. On Feb. 13, Smith performed a solo organ recital at the Cathedral of St. Mary of the Assumption in San Francisco. The program included his own transcription of two movements from George Frideric Handel’s “Messiah.” In April, Smith was awarded second prize in the California Association of Professional Music Teachers Honors Competition. He plans to compete in two international competitions this summer. After graduating from Cal Poly in June, he will leave for Houston, Texas, where he will attend the Shepherd School of Music at Rice University for a master’s degree in organ performance.